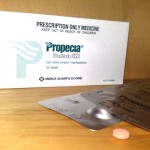 The sexual side effects associated with Propecia and Proscar could have been prevented had patients and doctors been provided with adequate warnings. If you’ve suffered from persistent sexual dysfunction since taking Propecia or Proscar, we urge you to contact Gilman Law LLP today to learn more about filing a Propecia lawsuit.

Propecia promotes hair growth by altering dihydrotestosterone (DHT) levels in the body. However, this same hormone also regulates the body’s sexual functions. In April 2012, the U.S. Food & Drug Administration (FDA) changed the labels of Propecia and Proscar to warn that the drugs may cause severe, long-lasting sexual side effects. Shortly after the label change, two important studies were published that confirmed a link between finasteride and male sexual dysfunction. The first, which appeared in the Journal of Sexual Medicine in July 2012, found that Propecia sexual side effects can persist long after patients stop taking the drug. Another study published in August 2012 in the Journal of Clinical Psychiatry, found that victims of Propecia sexual side effects were at increased risk for severe depression and suicidal thoughts that persisted even after discontinuation of the drug.
Propecia lawsuits allege Merck knew for years that finasteride could cause persistent sexual dysfunction in men. Among other things, a 2003 study in the Journal of Urology found that 15% of men treated with finasteride had suffered new sexual side effects in the first year, compared to only 7% who were not. Warnings about potentially permanent sexual side effects were added to Propecia’s European label in 2008. Shortly after, similar warnings were add to the label in Italy and the U.K. However, until the 2012 modification, the U.S. label continued to reassure users that any sexual side effects associated with Propecia or Proscar use would end once treatment was stopped.

Legal Help for Victims of Propecia Sexual Side Effects

Victims of Propecia sexual side effects may be entitled to significant compensation. If you were injured by Propecia or Proscar, the attorneys at Gilman Law LLP are here to help. For a no-obligation evaluation of your case, please fill out our online free consultation form or call us direct to speak with one of our attorneys at (888) 252-0048.