Gilman Law LLP, a leading national law firm with over 40 years of experience protecting the rights of victims, is now accepting claims for Prozac lawsuit cases involving side effects such as birth defects, suicidal behavior, and Serotonin Syndrome associated with the use of the antidepressant, Prozac.

If you or someone you know has taken the SSRi Prozac during pregnancy and the birth child was born with a birth defect, skeletal defect, neural tube defect, heart defect, limb birth defects, cleft lip or cleft palate, or you have developed suicidal behavior, or serotonin syndrome, you may be a victim of a SSRi side effect.

Prozac Side Effects and Symptoms

Suicidal thoughts and behavior: Like other antidepressants in its same class, Prozac bears a Black Box label – the FDA’s strongest safety alert – warning of its association with suicidal tendencies in children, teens and young adults.

Serotonin Syndrome: Serotonin syndrome usually occurs when patients take Prozac in conjunction with triptan migraine drugs and is more common when beginning a dose of these drugs. 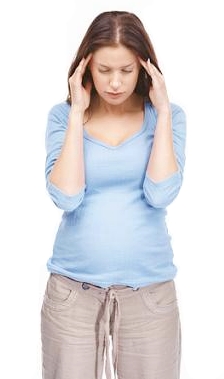 The U.S. Food & Drug Administration (FDA) has placed Prozac in Pregnancy Category C, which means that there are no adequate well-controlled studies of the drug on humans, but animal reproduction studies have shown adverse effects on the fetus. In 2005, the FDA warned that the use of certain antidepressants, including Prozac, during pregnancy could potentially increase the risk of congenital heart defects, specifically atrial and ventricular septal defects, in infants.

In 2006, the FDA issued another Public Health Advisory for Prozac and other antidepressants after a study published in the New England Journal of Medicine found that infants born to mothers who took Prozac during their pregnancy were six times more likely to be born with Persistent Pulmonary Hypertension of the Newborn (PPHN). PPHN is a life threatening congenital disorder occurring when the blood vessels in an infant’s lungs constrict, causing pressure to increase in the pulmonary artery, preventing oxygen-rich blood from flowing through the body.

FDA Warnings for Prozac and Suicide

Documents have been found showing that Eli Lilly and Co., the maker of Prozac, allegedly knew as early as 1988 that patients using Prozac had an increased tendency towards committing suicide. According to the documents, 3.7 percent of patients taking Prozac tried to commit suicide – more than 12 times the rate of patients taking other popular antidepressants. The same documents also revealed that 2.3 percent of Prozac users suffered psychotic depression, more than twice the rate of patients on other antidepressants. Therefore, sufferers are joining Prozac lawsuit claims.

In July 2005 the FDA finally required a Black Box warning, the most serious level of warning available, that Prozac and other antidepressants may cause suicidal thoughts or actions in both children and adults. The Black Box recommended that any patient prescribed Prozac should be closely monitored for increases in suicidal thinking.

The FDA recently warned that Prozac and similar antidepressants are linked with a condition known as Serotonin Syndrome. Serotonin Syndrome can cause physical symptoms such as increased body temperature, nausea and vomiting, restlessness, irregular or increased heartbeat, blood pressure changes, coma, and hallucinations.

If you feel you have suffered Prozac side effects, you have the right to file a Prozac lawsuit.

Prozac, known generically as fluoxetine hydrochloride, is a Selective Serotonin Reuptake Inhibitor (SSRI). First brought to market in 1988, Prozac may be the most popular and widely recognized antidepressant drug in the world. Despite the popularity of the drug, widespread media attention has been directed at pending Prozac lawsuit news.

Prozac is used to treat major depression, obsessive-compulsive disorder, panic disorder, premenstrual dysphroic disorder, and anxiety disorders. Prozac is the only medication approved by the FDA for use treating depression in children ages 8 and older.

Prozac Lawsuit Help for Victims of Prozac Side Effects

If you or someone you know suffered from birth defects, suicidal behavior or Serotonin Syndrome that could be linked to Prozac, Gilman Law is here to help. For a free evaluation of your case, please fill out our Prozac lawsuit form or call toll free at 1-888-252-0048.