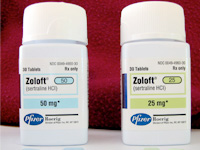 Gilman Law LLP, a leading national law firm with over 40 years of experience protecting the rights of victims, is now accepting claims for lawsuits involving side effects such as birth defects, suicidal behavior, and Serotonin Syndrome associated with the use of the antidepressant, Zoloft.

If you or someone you know has taken the SSRi Zoloft during pregnancy and the birth child was born with a birth defect, skeletal defect, neural tube defect, heart defect, limb birth defects, cleft lip or cleft palate, or you have developed suicidal behavior, or serotonin syndrome, you may be a victim of a SSRi side effect.

Zoloft Side Effects and Symptoms 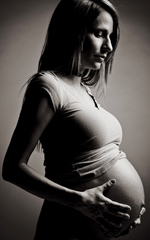 Suicidal thoughts and behavior: Zoloft carries a Black Box warning label regarding a possible association with suicidal behavior in children, teens and young adults. The U.S. Food & Drug Administration (FDA) has also warned that several recent scientific publications suggested the possibility of an increased risk for suicidal behavior in adults being treated with antidepressant medications, such as Zoloft.

Serotonin Syndrome: Selective Serotonin Reuptake Inhibitors (SSRIs), such as Zoloft), in combination with certain migraine medicines may cause patients to suffer Serotonin Syndrome, a potentially life-threatening condition that occurs when the body’s serotonin levels are too high.

Recent studies on SSRIs like Zoloft and birth defects have found that such drugs allow too much serotonin to remain in the area where the cells of the fetus develop. The FDA issued a Zoloft birth defect warning in 2006. Some of the birth defects that might be attributed to Zoloft include club foot, cleft lip or palate, PPHN, neural tube defects, abdominal, skull and limb abnormalities, and heart defects.

FDA Warnings for Zoloft and Suicide

Shortly after its approval in 1987, researchers discovered that between 3 to 5% of Zoloft patients developed akathisia, a severe agitation that doctors believe may lead to suicidal and homicidal fantasy. In October 2004, the FDA issued a public health advisory directing all antidepressant drug manufacturers to revise their product labeling to include a Black Box warning and expanded warning statements that alert healthcare providers to an increased risk of suicidality (suicidal thinking and behavior) in children and adolescents being treated with these medications.

The Black Box was later expanded to include young adults, ages 18 to 25. In June 2005, the FDA issued another public health advisory announcing that several recent scientific publications suggested the possibility of an increased risk for suicidal behavior in adults being treated with antidepressant medications, such as Zoloft.

In 1999, a Zoloft suicide lawsuit gained media attention when a Zoloft user, Brynn Hartman, killed her husband, comedian Phil Hartman, and then killed herself. The lawsuit on behalf of Mr. Hartman’s estate alleged that Mrs. Hartman’s Zoloft use caused her to engage in violent behavior.

According to the FDA, use of Zoloft with other drugs known as 5-hydroxytryptamine receptor agonists (triptans) can result in a life threatening condition called Serotonin Syndrome. Serotonin Syndrome causes serious changes in how the brain, muscles, and digestive system work.

Zoloft, known generically as sertraline, is a Selective Serotonin Reuptake Inhibitor (SSRIs). SSRIs prevent receptors in the human brain from absorbing serotonin that has already been released. Zoloft is prescribed to treat major depression in adults, as well as obsessive-compulsive disorder, panic and social anxiety disorders and post-traumatic stress disorder in both adults and children.

Legal Help for Victims of Zoloft Side Effects

If you or someone you know suffered from birth defects, suicidal behavior or Serotonin Syndrome that could be linked to Zoloft, Gilman Law is here to help. For a free evaluation of your case, please fill out the online form on the left or call Toll Free at 1-888-252-0048.