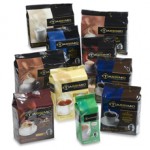 A false advertising lawsuit has been announced by our Leading National Consumer Protection and Products Liability Attorneys against Kraft Foods Global, Inc. (NYSE:KFT) and Starbucks Corporation (NYSE:SBUX) for allegedly continuing to promise buyers of the “Tassimo” coffee brewing system of the availability of Starbucks’ proprietary brewing cups despite Kraft’s and Starbucks’ allegedly knowing as early as 2010 that Starbucks would soon stop selling Tassimo-compatible brewing cups. By December 6, 2010, Kraft sought an injunction in a New York federal court to prevent Starbucks from breaking the Tassimo contract’ supporting the position that Kraft and Starbucks both had notice that Starbucks Tassimo cups would soon become unavailable to consumers. Nevertheless, Kraft’s Starbucks-branded Tassimo systems remained on the retail shelf throughout 2011 and into 2012.

WHAT YOU CAN DO:

If you purchased a Tassimo coffee brewing system between January 2010 through the present, you are encouraged to contact our consumer protection attorneys to arrange for a free lawsuit evaluation. You may speak with a consumer protection lawyer by calling direct at (239) 221-8401 or toll free at (888) 252-0048, or submitting our free consultation form.

Over the last five years, single-serve coffee brewing systems have steadily emerged in the marketplace as an appealing alternative to conventional coffeemakers. And while other manufacturers have introduced variations of the single-serve concept (e.g., Senseo; Brookstone; Black&Decker; Cuisinart etc.), the “pod” genre has inarguably been dominated by either the Tassimo T-disc system or the Keurig K-cup® system.

The Tassimo and Keurig are very similar; both deliver single servings of brewed coffee using convenient, throw-away brewing cups: T-discs for the Tassimo and K-cups® for the Keurig. Owners must use these patented, proprietary cups, which are compatible only for the machines they were designed for and, as one might imagine, quite expensive when compared to the cost of bulk coffee.

Each system only accepts its proprietary type of brewing cup, making the choice between Tassimo or Keurig of paramount importance to consumers. This has been especially true of the Tassimo system, which historically offered a coffee selection much narrower than its competing system, the Keurig. Tassimo, however, was the exclusive machine for the proprietary Starbucks T-discs.

The false advertising lawsuit alleges that Kraft and Starbucks violated federal and state consumer protection laws, and the Lanham Act by packaging, promoting and selling the Tassimo system with packaging and literature stating that Tassimo was the system for which Starbucks brewing cups were available, despite knowing the same was false or would imminently become false. Even worse, Kraft knew Starbucks brewing cups would become available for use in Tassimo’s competing system, the Keurig, in the immediate future.

The Consumer Protection Lawyers of the Leading National Consumer Protection Law Firm Gilman Law LLP have been recognized for delivering successful results to their clients across a broad range of claims stemming from consumer product injury, mass tort, false advertising lawsuits, and class action lawsuits. For over 40 years, the Gilman Law LLP team of highly experienced consumer protection lawyers has earned renown for tireless work on behalf of their clients concerning many of today’s most challenging and important legal issues.