NEWS UPDATE: ABC News: FDA Warns of Bladder Cancer Risk With Actos
Gilman Law LLP, a leading national law firm with over 40 years of experience protecting the rights of consumers, investors and those injured by negligence, is now actively accepting claims for Actos lawsuits. The type 2 diabetes drug pioglitazone hydrochloride, sold under the brand name Actos, manufactured by Takeda Pharmaceuticals, has been linked to harmful side effects including increased incidences of bladder cancer. Actos has also been found to produce increased risk of congestive heart failure.

Possible signs or symptoms of bladder cancer from Actos may include:

Actos lawsuit complaints and filings by individuals across the United States are increasing steadily. These lawsuits focus on Actos, the popular type 2 diabetes drug, and the adverse side effect of bladder cancer that may be related to long-term use of Actos.

More than 25 lawsuits against Takeda Pharmaceuticals have been filed alleging Actos caused bladder cancer as of September 2011. The first reported Actos bladder cancer lawsuit was filed in early August 2011, and the number of lawsuits filed in various federal district courts has steadily increased.

Some European countries have called for a recall due to the higher incidence of bladder cancer among users of Actos. In the United States, Actos has been allowed to remain on the market with new warnings about the risk.

Actos Side Effects Risk: U.S. FDA Warns Against Actos side effects of bladder cancer; France and Germany Ban Use 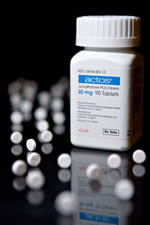 In September 2010, the U.S. Food & Drug Administration (FDA) announced that Takeda Pharmaceuticals provided interim data from a 10-year study that suggests after one year of use, there may be a risk of bladder cancer, an Actos side effect that may increase the longer the drug is used. The data reached statistical significance after 24 months, due to the rate of exposure and increased Actos bladder cancer side effects.

In June 2011, as part of an update to an ongoing safety review involving Actos and other drugs containing pioglitazone hydrochloride, the FDA issued a safety announcement stating, “The U.S. Food and Drug Administration (FDA) is informing the public that use of the diabetes medication Actos (pioglitazone) for more than one year may be associated with an increased risk of bladder cancer.” The FDA also mentions the information about this risk will be added to the Warnings and Precautions section of the Actos product label warning of possible bladder cancer side effects. The labels recommend that any bladder cancer signs or symptoms that appear when taking Actos, such as blood in the urine or pain associated with urination, should be immediately reported to a physician as they may be signs of the disease. The FDA also requests that doctors report problems to the FDA’s MedWatch Adverse Event reporting program so that they can track problems with Actos. Link to FDA information.

In June 2011, medical regulators in France and Germany suspended use of Actos following a study that showed a 22 percent higher risk of bladder cancer among those taking Actos than for those taking other types of diabetes drugs.

Both the FDA and the French studies showed that the greatest risk of bladder cancer occurred with long term exposure to Actos, generally in those taking the drug over about a two-year period or with cumulative dosages of more than 28,000 mg. Actos was eventually recalled from the market in France.

In August 2007, the FDA issued a black box label for Actos warning that use of the drug may cause or worsen heart failure in certain patients..

Pioglitazone hydrochloride, sold under the brand name Actos, is an anti-diabetic drug (thiazolidinedione-type, also called “glitazones”) used along with a proper diet and exercise program to control high blood sugar in patients with type 2 diabetes (non-insulin-dependent diabetes). It is an oral-prescription medication in the same class as Avandia. Sales of Actos increased greatly because it was believed to be the safer alternative after Avandia was found to be linked to heart attacks and strokes.

Legal help and Lawsuit Info for Victims of Actos Side Effects

If you or someone you know suffered any adverse side effects, such as bladder cancer or congestive heart failure, or believe you were harmed in any way by taking Actos, Gilman Law LLP is here to help. For a free evaluation of your case, please fill out an online free consultation form on the left or call Toll Free at 1-888-252-0048.