Gilman Law LLP Investigating Lawsuits on Behalf of Victims of Chantix Side Effects, Including Suicidal Thoughts and Behavior, Heart Attacks and Other Heart Problems. 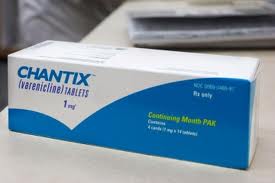 If you experienced Chantix side effects, you may be eligible to take part in this lawsuit

Have you or a loved one suffered serious Chantix (varenicline) side effects? The popular stop smoking aid has been associated with a number of serious side effects, including suicide, unusual or erratic behavior and heart problems. Gilman Law LLP, a leading national law firm with over 40 years of experience protecting the rights of victims, is now offering free lawsuit evaluations to the victims of serious Chantix injuries, including:

Several FDA warnings about Chantix have been issued since the stop smoking aid was brought to market by Pfizer in 2006. If you or a loved one were injured by varenicline you must contact Gilman Law LLP as soon as possible if you would like to file a Chantix side effect lawsuit to recover damages for medical bills, lost wages, and pain and suffering.

Chantix, known generically as varenicline, is a prescription stop smoking aid brought to market by Pfizer Inc. in May 2006. Varenicline reduces cravings and decreases the pleasurable effects of cigarettes and other tobacco products. Chantix targets nicotine receptors in the brain, attaches to them, and blocks nicotine from reaching them. By activating these nicotine receptors, it is also believed that Chantix causes less dopamine – compared to nicotine – to be released.

It is estimated that there are 3 million Americans taking Chantix now, according to Pfizer. In 2007, the tragic shooting death of Texas musician of Carter Albrecht, who had been taking Chantix to stop smoking, triggered public awareness and controversy about varenicline. His family alleged that after taking Chantix in September 2007, Albrecht became abusive, delusional and aggressive. After hitting his girlfriend several times, he then ran out of the house and was shot and killed when he tried to break into a neighbor’s house. According to his family, Albrecht had never exhibited violent behavior before taking Chantix.

Common varenicline side effects include nausea, headache, difficulty sleeping, and abnormal dreams.  Since it came on the market, however, the FDA has issued several warnings about Chantix side effects, including:

Legal Help for Victims of Chantix Side Effects

The Chantix side effects lawyers at Gilman Law LLP are currently evaluating claims on behalf of anyone who suffered a serious varenicline injury, including suicidal ideation and behavior, as well as heart attacks and other heart problems.  Victims of Chantix side effects may be able to obtain compensation for their medical bills, lost wages, pain and suffering, mental anguish and other damages.  If you would like to discuss a Chantix side effect lawsuit, please contact Gilman Law LLP today.  For a free evaluation of your potential Chantix lawsuit, please fill out claim form to the left or call Toll Free at 1-888-252-0048.

Side Note: Chantix Implicated in the Death of Carter Albrecht

The tragic death of musician Carter Albrecht in September 2007 was the first time the dangerous psychiatric side effects of Chantix came to the public’s attention.  Albrecht, a Dallas, Texas, musician who had once played for Edie Brickell and the New Bohemians, reportedly became abusive, delusional and aggressive after using Chantix. One evening, after physically attacking his girlfriend, Albrecht ran out of the house and was shot and killed when he tried to break into a neighbor’s home.  According to his family, Albrecht had never exhibited violent behavior before taking Chantix.

Albrecht’s parents have since filed a wrongful death lawsuit against Pfizer, alleging the drug maker failed to include adequate warnings about Chantix risks when their son was taking the drug.  Albrecht’s parents further allege that their son’s use of Chantix played a “direct and proximate” role in his death, insisting that the tragedy was the result of vivid dreams, hallucinations and behavioral changes that had been caused by Chantix. According to the Dallas Observer, the Albrecht’s are hoping that by filing the lawsuit, they will “remind Pfizer they have to keep the public informed of the risks associated with this drug.”

In a December 2010, a study published in the scientific journal PloS ONE gave weight to the Albrecht’s claims.  According to the article, researchers found that Chantix was more than twice as likely to be associated with a violent event as any other drug on the market.  “Varenicline had the strongest association with violence by every measure used in this study,” the authors wrote.  The study also found that Chantix aggressive behavior ended for more than 90 percent of varenicline users after they stopped using the drug.