GranuFlo and NaturaLyte, dialysate solution used in thousands of dialysis clinics throughout the U.S., were recalled in 2012 amid concerns about serious and potentially life-threatening heart side effects. Gilman Law LLP, a leading consumer protection law firm with over 40 years of experience safeguarding the rights of victims, is investigating GranuFlo lawsuits on behalf of anyone who may have been suffered sudden, catastrophic heart problems related to the administration of GranuFlo or NaturaLyte, including: 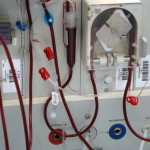 An untold number of dialysis patients may have avoided these serious side effects had dialysis clinics received an earlier warning regarding the risks associated with NaturaLyte and GranuFlo. If you or a loved one suffered a serious and sudden heart problem during or shortly after a dialysis treatment where either of these drugs was administered, we urge you to contact Gilman Law LLP today to learn more about filing a GranuFlo lawsuit.

Dialysate solutions like GranuFlo and NaturaLyte are used during dialysis to remove toxins from the blood. All such products contain sodium acetate, which converts to bicarbonate in the body. However, both NaturaLyte and GranuFlo contain more of this ingredient than what is typical. Unfortunately, it has become apparent that many doctors were unaware of this difference, and were not accounting for it when prescribing the dosage for patients undergoing dialysis. As a result, some patients treated with GranuFlo and NaturaLyte were experiencing higher bicarbonate levels than what their doctor intended. High bicarbonate levels are known to increase the risk of heart attacks, strokes, cardiopulmonary arrest, low blood pressure, and sudden death.

In November 2011, Fresenius Medical Care, the manufacturer of the products, sent an internal memo to physicians in dialysis clinics it owned, warning about the risk of NaturaLyte and GranuFlo heart problems. The memo revealed that more than 940 people had died because of high bicarbonate levels in Fresenius clinics in 2010, and advised doctors to carefully monitor patients for high levels of bicarbonate and adjust dialysate prescriptions accordingly. Unfortunately, a similar warning was not relayed to the thousands of customer clinics supplied by Fresenius until March 2012, after the U.S. Food & Drug Administration (FDA) obtained a copy of the November 2011 memo from an anonymous source. Several months later, the FDA ordered a Class I recall – its most serious type – for GranuFlo and NaturaLyte. Since then, the products have been recalled for re-labeling and updated operating manuals were provided for dialysis machines.

As of January 2013, more than 40 GranuFlo lawsuits had already been filed in federal court on behalf of individuals allegedly injured by GranuFlo and NaturaLyte. If you were injured by one of these products, you may be entitled to significant compensation. For a no-obligation evaluation of your potential GranuFlo lawsuit, please fill out our online free consultation form or call us direct to speak with one of our attorneys at (888) 252-0048.