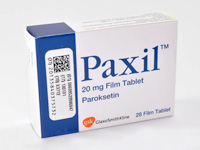 Gilman Law LLP, a leading national law firm with over 40 years of experience protecting the rights of victims, is now accepting claims for lawsuits involving side effects such as birth defects, suicidal behavior, and Serotonin Syndrome associated with the use of the antidepressant, Paxil.

If you or someone you know has taken the SSRi Paxil during pregnancy and the birth child was born with a birth defect, skeletal defect, neural tube defect, heart defect, limb birth defects, cleft lip or cleft palate, or you have developed suicidal behavior, or serotonin syndrome, you may be a victim of a SSRi side effect.

Paxil Side Effects and Symptoms 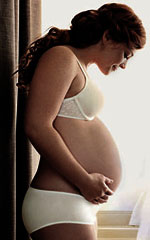 Serotonin Syndrome: An excess concentration of serotonin in the central nervous system that speeds up heart rate and causes twitching, hypertension, and hyperthermia.

The FDA issued a Public Health Advisory for Paxil on December 8, 2005 based on U.S. and Swedish studies showing that exposure to Paxil in the first trimester of pregnancy may be associated with an increased risk of heart birth defects.
On July 19, 2006 the FDA issued another Public Health Advisory for SSRI antidepressants, including Paxil, after a study found that PPHN was six times more common in babies whose mothers took an SSRI antidepressant after the 20th week of the pregnancy compared to babies whose mothers did not take an antidepressant.
In September 2005, GlaxoSmithKline, the maker of Paxil, sent a letter to doctors informing them that data obtained from the National Birth Defects Prevention Study revealed that women who took an SSRI-antidepressant were more likely to have an infant with omphalocele (an abnormality in newborns in which the infant’s intestine or other abdominal organs protrude from the navel). The strongest effect was reported to be with Paxil.
In the same “Dear Doctor” letter, Glaxo said the study also found an association of exposure to any SSRI-antidepressant and giving birth to an infant with craniosynostosis, a birth defect which causes an abnormally-shaped skull.
Other studies have linked SSRI antidepressants, including Paxil to club foot, cleft palate and lip, and neural tube birth defects. In 2005, the FDA asked GlaxoSmithKline to change the pregnancy category for Paxil from C to D. Category D is a stronger warning that means there is a demonstrated risk to the fetus.

FDA Warnings for Paxil and Suicide

On October 15, 2004, the FDA asked antidepressant manufacturers, including the maker of Paxil, to add a Black Box warning to their labels to alert health care providers to an increased risk of suicidality caused by antidepressants in children and adolescents.  On May 2, 2007, the FDA announced that it had asked antidepressant manufacturers to expand the current Black Box warnings concerning the increased risk of suicidality in children and adolescents to include young adults, ages 18 to 24.

The FDA recently warned that Paxil and other SSRI drugs are linked with a condition known as Serotonin Syndrome. Serotonin Syndrome usually occurs when patients take Paxil or other SSRIs in conjunction with triptan migraine drugs and is more common when beginning a dose of Paxil or a triptan drug. Serotonin syndrome can cause physical symptoms such as increased body temperature, nausea and vomiting, restlessness, irregular or increased heartbeat, blood pressure changes, coma, and hallucinations.

If you or someone you know suffered from birth defects, suicidal behavior or Serotonin Syndrome that could be linked to Paxil, Gilman Law is here to help. For a free evaluation of your case, please fill out the online form on the left or call Toll Free at 1-888-252-0048.

One thought on “Paxil Antidepressant, Birth Defects, Side Effects, Lawsuits”