Gilman Law LLP is a leading national defective drug law firm with over 40 years of experience protecting the rights of victims of defective drugs and harmful drugs. The leading defective drug law firm of Gilman Law is now accepting plavix lawsuit claims involving harmful plavix side effects such as heart attack, stroke, gastrointestinal bleeding, cerebral bleeding, recurrent ulcers, thrombotic thrombocytopenic purpura (TTP), and death stemming from the use of the blood thinner, Plavix. The U.S Department of Health and Human Services has issued a bulletin regarding the Plavix recall.

Plavix Side Effects and Plavix Symptoms in the Plavix Lawsuit

In 2005, a study published in the New England Journal of Medicine found that patients taking Plavix suffered 12 times as many ulcers as patients who take aspirin plus a heartburn pill. The study followed 400 patients whose ulcers had healed for a year. Half were treated with Plavix, while half received aspirin plus Nexium, a heartburn pill. In the Plavix group, 8.6 percent experienced stomach bleeding, while .07 percent suffered similar problems while taking aspirin therapy.

In 2010, a study published by the U.S. Centers for Disease Control comparing Plavix-aspirin therapy to Warfarin found the risk of hemorrhaging among Plavix-aspirin patients was significantly higher than thought. While Plavix still did better than Warfarin, it did not perform nearly as well as expected. The researchers determined that the bleeding risk from Plavix-aspirin combo was clinically significant, and recommended that the risks be better communicated to doctors and patients.

In TTP, tiny blood clots form in small arteries throughout the body, destroying red blood cells and causing anemia. The disorder can also damage the brain, kidneys and other organs. In 2000, a study published in the New England Journal of Medicine confirmed that Plavix increases the risk of TTP, even after using the blood thinner for only a short period of time. 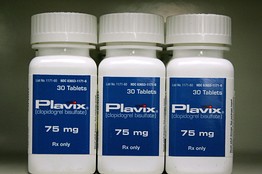 Plavix is meant to lessen heart attacks and strokes by preventing the blood clots that lead to these events. However, as far back as 1998, the U.S. Food & Drug Administration (FDA) charged that Bristol-Myers Squibb/Sanofi Aventis falsely credited Plavix with the ability to be more effective than aspirin in treating heart disease and did not properly disclose the Plavix Side Effects. In early 2006, a study published in the New England Journal of Medicine found that Plavix actually increased the chances of suffering the conditions it was designed to prevent. “Although doctors believe the combination of Plavix and aspirin should reduce the risk of a second heart attack, it nearly doubles the risk of death, heart attack, or stroke in people with no history of heart disease,” according to the study authors. 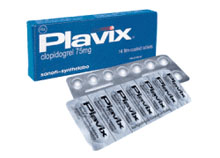 Plavix, known generically as clopidogrel bisulfate, is manufactured by Sanofi Aventis and Bristol-Myer Squibb and is among the best-selling drugs in the world. Plavix, which first hit the market in 1997, works by helping to prevent harmful blood clots that may cause heart attacks or strokes. It is prescribed to prevent heart attacks, strokes and blood clotting when drug coated stents are used in patients with arteriosclerosis and in other at-risk patients. The Plavix lawsuit claims the drug’s makers failed to adequately warn of the serious and potentially fatal risks associated with the blood thinner. As a result, thousands of individuals have suffered serious and potentially life threatening injuries and side effects leading to the Plavix lawsuit.

Plavix Lawsuit Legal Help for Victims of Plavix Side Effects

If you or someone you know suffered a heart attack or stroke, gastrointestinal or cerebral bleeding, recurrent ulcer, or TTP following the use of Plavix, the leading drug defect law firm of Gilman Law is here to help you with your Plavix lawsuit. For a free evaluation of your Plavix lawsuit, please fill out the online form on the left or CALL TOLL FREE at 1-888-252-0048.