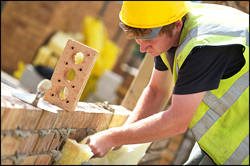 Were you misclassified as an independent contractor while working in the home building industry? The consumer protection team at Gilman Law LLP is investigating allegations that major home builders around the country may have wrongfully classified laborers, title workers and others in an attempt to avoid payroll taxes, unemployment tax, and workers compensation expenses. If it is determined that you were misclassified as an independent contractor, you may be entitled to significant financial damages including back pay, unpaid overtime and other benefits. Major home builders targeted by Gilman Law LLP include:

Gilman Law LLP is offering free legal consultations to any worker in the home building industry who believes they may have been wrongfully classified as an independent contractor. To explore you legal options, please contact us today.

How Do I Know If I’ve Been Misclassified as an Independent Contractor?

A growing body of evidence indicates that major home builders may have made it standard practice to misclassify employees as independent contractors in order to keep their costs down. This may have been especially true at the height of the Great Recession, when the housing industry in the U.S. nearly ground to a halt. In 2011, the U.S. Department of Labor (DOL), IRS and a number of states began to scrutinize the employment practices at major home builders. Workers in this industry who are particularly vulnerable to misclassification include:

Independent contractors are considered self-employed, and taxes, including state and federal income taxes and payroll taxes, will not be withheld by their employer. An independent contractor is not entitled to collect unemployment compensation, and is not covered by minimum wage laws or workers compensation insurance. Contractors are also not entitled to overtime pay, generally one and half times the hourly rate, for time worked in excess 40 hours per week.

Misclassified Workers May be Entitled to Unpaid Overtime, Additional Benefits

If it is determined that you were misclassified as an independent contractor, you could be entitled to significant damages including:

What Should I Do if I Suspect My Employer Misclassified Me as an Independent Contractor?

If you have you have reason to suspect that your employer is misclassifying you as an independent contractor, it is vital that you seek legal help as soon as possible to ensure you receive all of the back pay, unpaid overtime, and other damages the law entitles you to. For a free evaluation of your case, please fill out our online form or call Toll Free at 1-888-252-0048.