A man who claims he suffered hip fractures after taking Prevacid® will be allowed to proceed with a Prevacid® lawsuit against the makers of the popular heartburn drug. On October 19, 2012, a federal judge in Pennsylvania refused to dismiss David Tatum’s Prevacid® lawsuit, and also let stand his demand for punitive damages. Mr. Tatum is being represented by the national consumer protection law firm Gilman Law LLP.

About the Defective Drug Prevacid Lawsuit 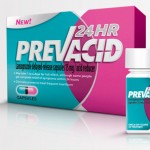 Prevacid® belongs to a class of medications known as proton pump inhibitors, and is approved to treat gastroesophageal reflux disease (GERD), heartburn and other related conditions. According to his lawsuit, Mr. Tatum used Prevacid® starting in May 2006 through May 2010. In May 2010, he experienced severe hip pain, particularly in his left hip. Ultimately, Mr. Tatum was diagnosed with Stage 3 Avascular Necrosis of the left hip. As a result of the damage to his hip, the Plaintiff was forced to undergo total hip replacement surgery. The lawsuit claims that Mr. Tatum’s hip injury was the result of his use of Prevacid®, and further alleges that due to his use of Prevacid®, he has suffered and will continue to suffer severe and permanent injuries, including weakened and brittle bones, as well as multiple fractures. Mr. Tatum claims he had no history of hip pain prior to taking Prevacid®, and accuses Takeda Pharmaceuticals and Abbott Laboratories of concealing Prevacid’s risks.

Takeda and Abbott had filed a motion seeking dismissal of most of Mr. Tatum’s allegations, as well as his demand for punitive damages. But in an Order dated October 19, U.S. District Judge Jan Dubois of the Eastern District of Pennsylvania refused to dismiss claims of negligent misrepresentation, breach of warranty, strict product liability for manufacturing defect, fraudulent concealment and unfair trade practices. The Judge also let stand Mr. Tatum’s punitive damage demand.

Prevacid® Side Effects and Other Problems with Prevacid®

Prevacid® belongs to a class of medications known as proton pump inhibitors, and is approved to treat gastroesophageal reflux disease (GERD), heartburn and other related conditions. It does this by reducing the amount of acid in the stomach. In 2010, the U.S. Food & Drug Administration (FDA) warned that taking proton pump inhibitors, like Prevacid®, in high doses or for longer than one year could increase the risk for fractures of the hip, wrist or spine. The warning was issued after the FDA reviewed six studies that had linked the use of proton pump inhibitors to fractures. Most of the increased fracture risk was seen in people over age 50, the FDA said.

Other research has linked proton pump inhibitors like Prevacid® to an increased risk of birth defects when they are taken by pregnant women. According to a study published by the University of Pennsylvania in 2010, Prevacid® use during the early stages of pregnancy was associated with a doubling in the risk of newborn cardiac birth defects. Birth defects seen in the study included ventral septal defects (VSD), atrial septal defects (ASD), holes in a heart chamber, hypoplastic left heart syndrome, Tetralogy of Fallot and cortication of the aorta. Another study published that same year in The New England Journal of Medicine found a 39 percent increased risk in birth defects for children whose mother took proton pump inhibitors 4 weeks prior to pregnancy.

How to get Legal Help for Prevacid® Injuries

Gilman Law LLP is still offering free legal consultations to Prevacid® users who suffered bone fractures, or who believe Prevacid caused their child’s birth defect. To ensure the statute of limitations on their claim does not run out, potential plaintiffs should contact the firm immediately. Once the statute of limitations expires, Prevacid victims who haven’t filed suit will be unable to recover damages for their injuries. Free Prevacid® lawsuit consultations are available by filling out the form on this page, or calling Toll Free at 1-888-252-0048.