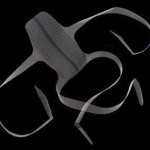 Until recently, Johnson & Johnson and Ethicon marketed a number of transvaginal mesh devices under the Gynecare name, including the Gynemesh, Prolift, Prolift+ M, TVT Secur and Prosima surgical meshes. Earlier this summer, the company confirmed that it would stop marketing the Prolift, Prolift+ M, TVT Secur and Prosima products, and restrict use of the Gynemesh device to abdominal surgeries. While Johnson & Johnson is facing hundreds of lawsuits alleging its transvaginal mesh devices caused serious, life-altering complications, it insists that its decision to end sales of the four Gynecare products was not related to safety concerns.

About the Transvaginal Mesh Lawsuit

According to the complaint filed by Gilman Law LLP, the Plaintiff received the Gynecare Gynemesh device as it was meant to be used during surgery to repair pelvic organ prolapse and stress urinary incontinence. Since her initial surgery, she has undergone two additional procedures, in October 2011 and April 2012, to remove the mesh and treat complications stemming from its implantation. The complaint alleges that the Plaintiff suffered tremendously prior to, through and after the surgeries, and experienced pain and suffering that no one should have to endure.

Unfortunately, this Plaintiff is not alone. According to warnings issued by the U.S. Food & Drug Administration (FDA) in 2008 and 2011, transvaginal mesh has been associated with thousands of adverse event reports to the agency. The most common complaints involve mesh erosion through the vagina, pain, infection, bleeding, pain during sexual intercourse, organ perforation and urinary problems. The FDA has said these complications are not rare, and has warned that they may persist even after women have undergone surgery – in some cases multiple procedures – to remove the mesh.

Since the FDA issued its warning, hundreds of women have filed suit against the makers of transvaginal mesh, including Johnson & Johnson and Ethicon, C.R. Bard, American Medical Systems and Boston Scientific. Most of those cases are pending in multidistrict litigations now underway in federal court in West Virginia. The first of the cases, a lawsuit involving C.R. Bards Avaulta transvaginal mesh product, will go to trial in February 2013.

A woman and her husband were awarded $5.5 million after the jury determined that the woman’s injuries were caused by Bard’s Avaulta Plus vaginal implant.

Bard was ordered to pay $3.6 million, while the remainder of the judgment was assessed to the woman’s surgeon.

Gilman Law LLP is still offering free legal consultations to any woman who has been injured by transvaginal mesh. Anyone considering filing suit against the makers of these devices should contact the firm immediately, before their state’s statute of limitations expires, or they may miss their chance for any recovery. Free consultations are available by filling out our Free Transvaginal Mesh Consultation Form, or call Toll Free at 1-888-252-0048.